Hello all, I returned from a seventh trip to the Maldives on Friday night.
It was a good trip but I could not do my usual allotted amount of snorkeling due to my ankle having some sort of explosion as I stepped off the plane.
After hopping around with a foot that looked like it belonged to a zombie for five days I was persuaded to pay the ADK private hospital a visit at Male.
After about 12 minutes on a speed boat we arrived at Male which is an experience all by itself.
Nothing and I mean nothing comes close to the absolute mayhem on the roads, Rome, Paris, places in India are safe in comparison. Motorbikes hurtle around in every direction some with small children sat on the petrol tanks and the road markings suggest that you should drive on the left but I think that is just a suggestion and you point where you want to go and go.
Visiting a hospital in a foreign country gives you a whole new appreciation of how amazing our NHS actually is. After about 5 hours DVT was ruled out so I returned to the speed boat and went back to the island where a barman from Sri Lanka called Sunil gave me some balm to put on the offending limb and overnight it was functional....ish again. wish Id seen him first and saved around $400.00, thank goodness for travel insurance. I guess there are worse places to have a poorly foot. :)
Anyway there were a few lovely sunsets that were enjoyed from the terrace overlooking the ocean which were enjoyed with Gin n Tonic most evenings.
I forgot to take my tripod on this first one so set the timer to two seconds and balanced the camera on a chair before hitting the shutter button and leaving it to do its thing. 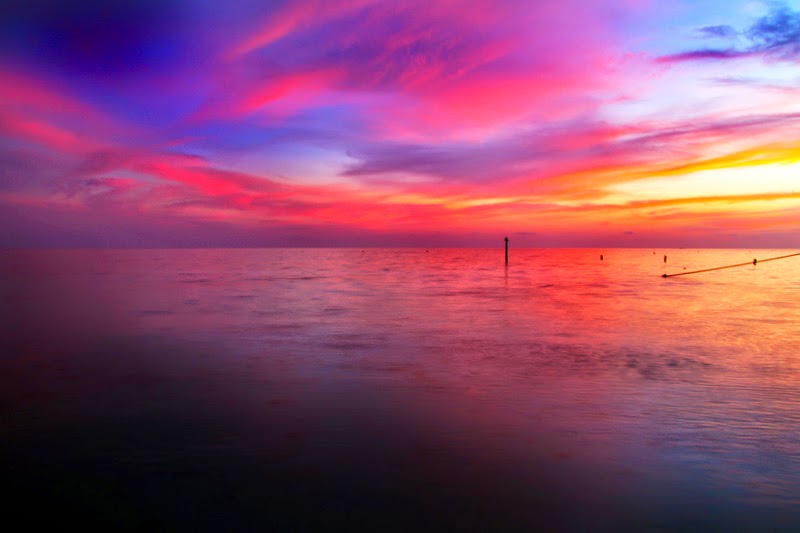 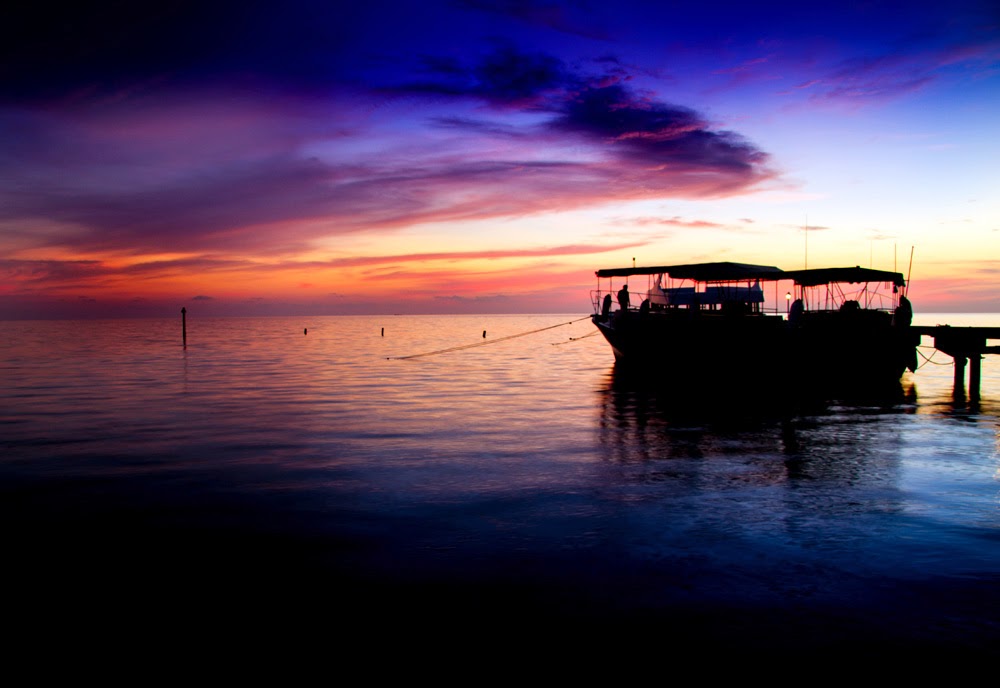 It was a shame that the moon lit up the sky like a spotlight which prevented any decent night time photography of the stars but I guess I shouldn't really grumble.